Bank of Thailand will Adopt Blockchain Technology for Banking Applications

The Governor of the Bank of Thailand, Dr. Veerathai Santiprabhob, announced that Thailand plans to use blockchain technology to improve existing banking applications. The technology is gaining momentum in Asia. Santiprabhob made the plan public at the Nomura Investment Forum in Singapore.

In his keynote address about the Thai Economy, the Governor stated –

“We are working closely with the financial industry to apply [blockchain technology] to various banking applications. [Additionally] The Thailand Blockchain Community Initiative was officially announced at the Bangkok FinTech fair in March of this year.”

Fourteen Thai banks, seven leading businesses and state-owned enterprises are part of the initiative to use blockchain technology in financial services. The initiative will start with a pilot project to provide blockchain-based letters of guarantee. The Governor hopes to make the project operational in the second half of 2018.

Incidentally, Thailand is not the only South East Asian country to adopt blockchain technology for banking. The ASEAN Post stated that the Bank of Indonesia made an announcement in January of 2018 that they would launch their own cryptocurrency based on blockchain technology.

Singapore and the Philippines are also exploring blockchain technology to render banking cheaper and more efficient.

The Government of Thailand is developing a script-less bond issuance to expedite bond allocation for investors in retail from 15-20 days. This project will bring better flexibility to bond issuers. The script-less bond’s proof-of concept is almost complete.

A new approach to interbank settlements is also being developed by the Bank of Thailand (BoT). BoT is toying with an idea to utilize commercial Central bank digital currency (CBDC) to explore applications and implications for operation. The aim is to develop a faster and cost-efficient transfer and validation system by removing third parties that exist in such operations today.

The easy acceptance of blockchain technology by Thailand does not mean that they are changing their stance on cryptocurrencies. All businesses dealing with cryptocurrencies should register with Thailand’s Security Exchange Commission within 90 days.

The Bank of Thailand believes that the future of banking services is with blockchain technology. Burger King adopts blockchain for its loyalty program in Russia

Sharing is Caring: Distributed Computing And Blockchain Technology Are Two Sides of The Same Coin 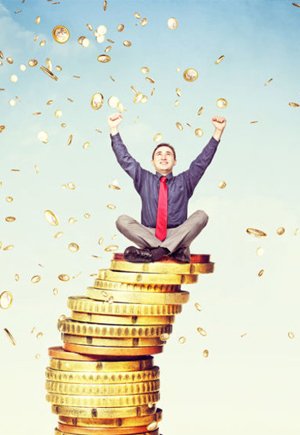